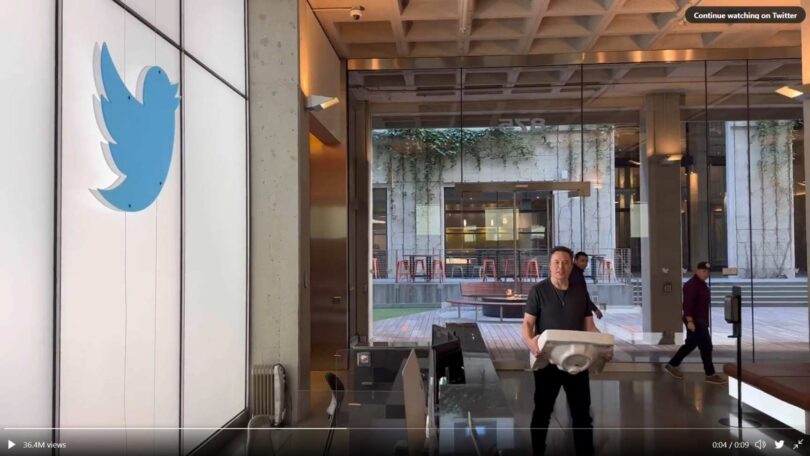 Elon Musk has begun his journey as a Twitter Boss by firing Twitter CEO Parag Agrawal. He also fired finance chief Ned Segal along with Vijaya Gadde, the head of legal policy, trust, and safety. General counsel Sean Edgett was also asked to leave the company.

Elon Musk completed his $44 billion acquisition of Twitter on Thursday. Elon-Twitter saga has finally come to the end after he agreed to buy Twitter. Elon Musk was dragged to a legal battle by Twitter after he refused to buy it, alleging that the company failed to adequately disclose the number of spam and fake accounts on the platform.
After completing the acquisition, He updated his Twitter description to “Chief Twit.”

Musk arrived at the Twitter headquarters earlier this week carrying a sink,  saying “Entering Twitter HQ – let that sink in!”