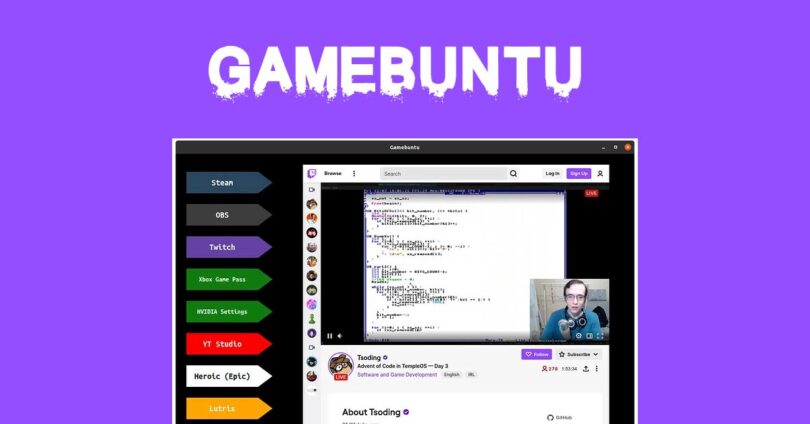 Are you a gamer or want to play the game and use Ubuntu then Gamebuntu is for you.  Gamebuntu is an all-in-one app that makes it possible to play games with just a single click of installation.

Meanwhile, Gamebuntu 1.0 has been released with a serious commitment to the gaming experience.

Tools that you will find on Gamebuntu 1.0 are:

Meanwhile, you can also install OBS so that you can stream your gaming to your community. Gamebuntu lets you choose games from Minigalaxy GOG client,  Heroic/Epic Games Launcher,  Lutris, and Steam.

You can easily download the Gamebuntu from the Github repo and it is recommended to use Gamebuntu with Ubuntu 20.04 LTS only.