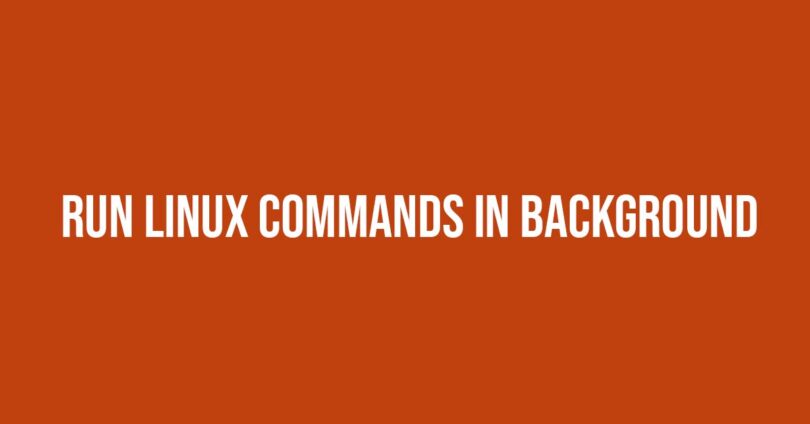 Tutorial to run Linux commands in the background

In this tutorial post, we will show you the method to run processes in the background. After this article, you will learn to  Start a Linux Process or Command in Background.

How To Run Linux Commands In background

If you want to see the list of commands running in the background then run the following command in the terminal:

How To Send Running Commands To Background

How To Bring A Process To Foreground In Linux

We will use nohup command to run the process even after exiting the terminal in Linux:

How To Make Terminal Free From Running Process

Run the following command to detach a Linux process from the controlling terminal.