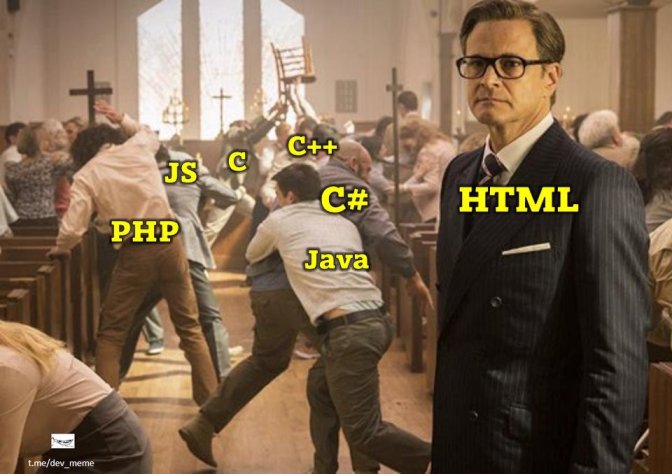 Epic Programming Jokes Only Programmers Will Get

We can understand the pain of being a programmer and all those hectic schedules and the process that we need to go to finish a product and of course to convince the client despite changing the plan thousands of times during the development period.

Today, Instead of discussing the hectic process that programmers have to go through, we will be talking about some of the epic and best programming jokes that no one can understand except programmers.

Epic Programming Jokes Only Programmers Will Get

There are only two kinds of programming languages out there. The ones people complain about and the ones no one uses.
———————-
How many programmers does it take to change a light bulb? No, that’s a hardware problem.

“Algorithm: Word used by programmers when they don’t want to explain what they did.

Q: What do you call a Russian that enjoys programming?

Eight bytes walk into a bar. The bartender asks, “Can I get you anything?”
“Yeah,” reply the bytes. “Make us a double.”

“It’s not a bug — it’s an undocumented feature.”

There are only 10 kinds of people in this world: those who know binary and those who don’t.

Programming is 10% science, 20% ingenuity, and 70% getting the ingenuity to work with the science.

Programming is like sex:
One mistake and you have to support it for the rest of your life.

A man is smoking a cigarette and blowing smoke rings into the air. His girlfriend becomes irritated with the smoke and says, “Can’t you see the warning on the cigarette pack? Smoking is hazardous to your health!”

A programmer had a problem. He thought to himself, “I know, I’ll solve it with threads!”
has Now problems. two

Q. How did the programmer die in the shower?
A. He read the shampoo bottle instructions: Lather. Rinse. Repeat.

How many programmers does it take to change a light bulb?
None – It’s a hardware problem

Why do programmers always mix up Halloween and Christmas?
Because Oct 31 equals Dec 25.

To which the man replies, “I am a programmer. We don’t worry about warnings; we only worry about errors.”

There are three kinds of lies: lies, damned lies, and benchmarks.

A programmer is walking along a beach and finds a lamp. He rubs the lamp, and a genie appears. “I am the most powerful genie in the world. I can grant you any wish, but only one wish.”
———————-

The programmer pulls out a map, points to it, and says, “I’d want peace in the Middle East.”
———————-
The genie responds, “Gee, I don’t know. Those people have been fighting for millennia. I can do just about anything, but this is likely beyond my limits.”
———————-
The programmer then says, “Well, I am a programmer, and my programs have lots of users. Please make all my users satisfied with my software and let them ask for sensible changes.”
———————-
At which point the genie responds, “Um, let me see that map again.”
———————-

All programmers are playwrights, and all computers are lousy actors.

Have you heard about the new Cray supercomputer? It’s so fast, it executes an infinite loop in 6 seconds.

The generation of random numbers is too important to be left to chance.

The computer is mightier than the pen, the sword, and usually, the programmer.

Debugging: Removing the needles from the haystack.

Two bytes meet. The first byte asks, “Are you ill?”
The second byte replies, “No, just feeling a bit off.”