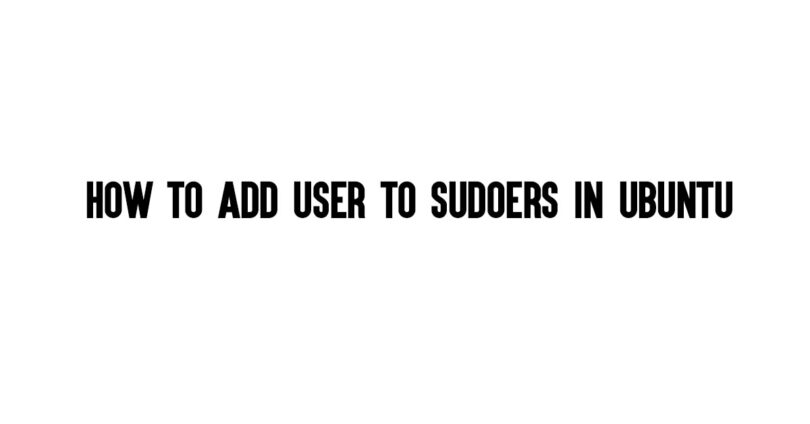 Tutorial to add users to sudoers in Ubuntu.

In a simple definition, sudo is like administrator users that have high-level access or full authority to perform almost any actions. With sudo, you can run any commands like a root user. Sudoers in Linux is a default sudo security policy plugin that determines a user’s sudo privileges.

What Is Sudoers File?

In Linux, there are multiple ways to gran Sudo privileges to the users.

How to Add User to Sudoers in Ubuntu

You need to open the file to edit it. Open the /etc/sudoers with visudo.

You need to add the following line to the /etc/sudoers file. Make sure you change “username” with the name of the user that you want to grant permissions to.

Save the file and quit the editor.

This much for now in our post on how to add users to sudoers in Ubuntu and its derivatives. Sudo users are normally considered administrator users in Linux-based operating systems that can have almost any access.

Let us know if you have an issue with this article in the comment box below.