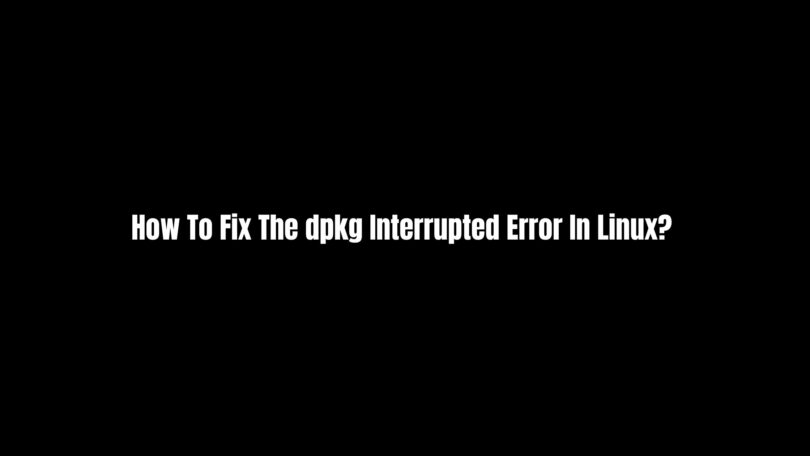 How To Fix The dpkg Interrupted Error In Linux? [Updated]

dpkg is the primary package manager that is used to install, build, configure, or remove the Debian packages.  dpkg is mostly used in  Debian and Debian-based operating systems, like Ubuntu.

The basic  dpkg syntax command is:

dpkg command to install the package:

dpkg command to view and list all the installed packages:

dpkg command to see the detail of the particular package.

How To Fix The dpkg Interrupted Error In Linux? [Updated]

When you are having errors related to dpkg then at first, it is suggested to run the following command to configure the dpkg.

Despite running the above command, you might not be able to fix the solution. If this is the case then run the following commands.

you get the same error again and again. In such a case, you should execute the following commands.