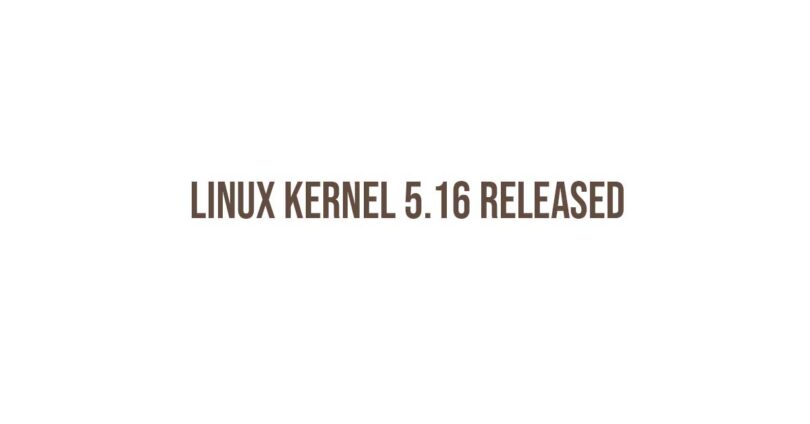 Linux Kernel 5.16 is now available for download. Linus Torvalds announced the availability of Linux kernel 5.16. You can download Linux kernel 5.16 right now from the kernel.org website.  The Linux 5.16 release was delayed by a week

Part of the announcement from Linus Torvalds:

Linux 5.16 introduces a new kernel system called FUTEX2, or futex_waitv(). futex, or fast user mutex, is a set of syscalls that allows userspace to create performant synchronization mechanisms, such as mutexes, semaphores, and conditional variables in userspace. Linux 5.16 intros now support Nintendo Joy-Con and Nintendo Pro controllers; the 2021 revision of the Apple Magic Keyboard and a new Realtek 802.11ax driver.

It has also support for the Intel AMX instructions.