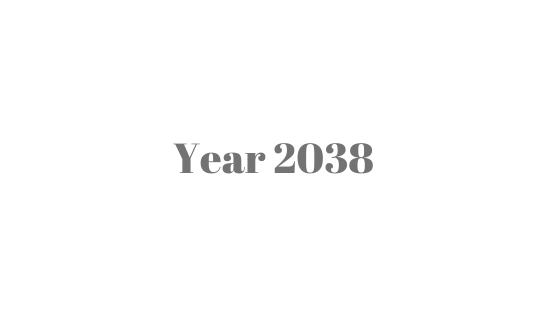 The Year 2038 problem is also called Unix Millenium Bug or Y2K38 bug which might cause problems in the data storage situations, such situations where time values are stored or calculated as a signed 32-bit integer.

Embedded systems that use dates for either computation or diagnostic logging are most likely to be affected by the 2038 problem. According to this bug, The time values will be stored as a negative number and the systems will read the date as Dec. 13, 1901 rather than Jan. 19, 2038.

From the email of Arnd bergmann: