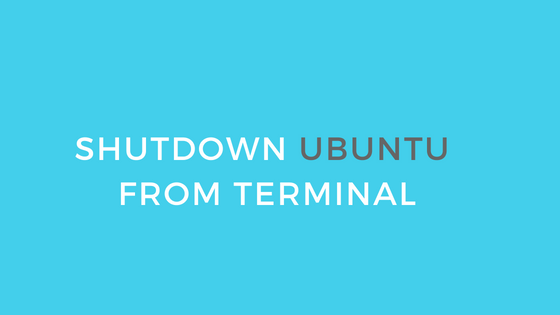 In this tutorial which is targeted for Beginner Linux users, we are going to show you the command to shutdown Ubuntu From Terminal.

To shutdown Ubuntu, you need to run the command:

Note: “h” refers to halt which means to stop. “now” is a time parameter which means that system is going to shutdown right now.

In the command below, we will show you the command to set time parameter in minutes or hours also. Open your terminal and run the following command:

Interestingly, there is no separate command for restart as the shutdown command can be used to restart a system. There is trick here as you need  to use  r option instead of the h option.

Run the following command in your terminal to restart your system.

At this point a shutdown can be canceled by calling shutdown with “c” option.