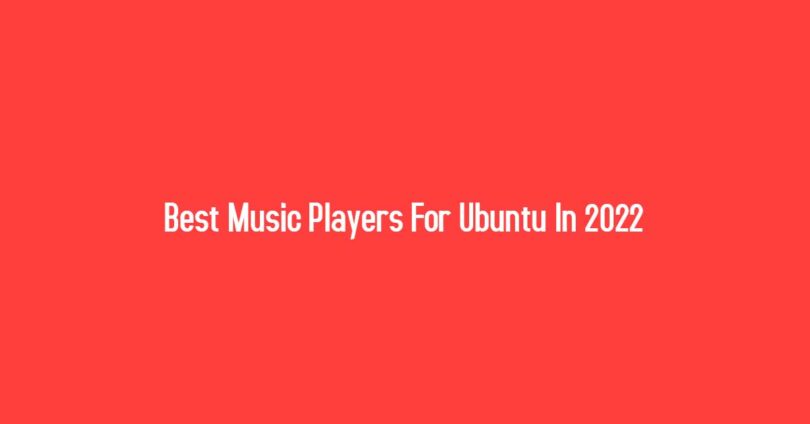 Let’s have a quick look into the list of best music players for the Ubuntu operating system. This is our best list but this doesn’t mean that this should be the best list for you too. We have tried our best to curate the useful and best audio players for Ubuntu.

Best Music Players For Ubuntu In 2022

Lollypop Music Player is a free, open-source, and modern graphical music player. It is based on Python / GTK+ and supports a variety of music formats like MP3, MP4, FLAC, and OGG Vorbis audio files. It is basically developed for GNOME.

SMPlayer is a popular cross-platform music player. It is a graphical front-end for MPlayer. It has built-in codecs and support for Youtube and Plays all video formats (AVI, MKV, MP4, WMV, etc) without any extra codecs needed.

Audacious is a free and open-source audio player with drag and drop features. It is a lightweight music player as it uses few resources. It is designed primarily for use on POSIX-compatible systems such as Linux.

Rhythmbox is a free and open-source music player application for GNOME. You can also use this player to transfer music to iPod, MTP, and music players.

Sayonara is a beautiful and lightweight music player for Linux based operating systems. Sayonara is an easy to use fast and open-source audio player for Linux. It is written in C++, supported by the Qt framework, and uses GStreamer as an audio backend.