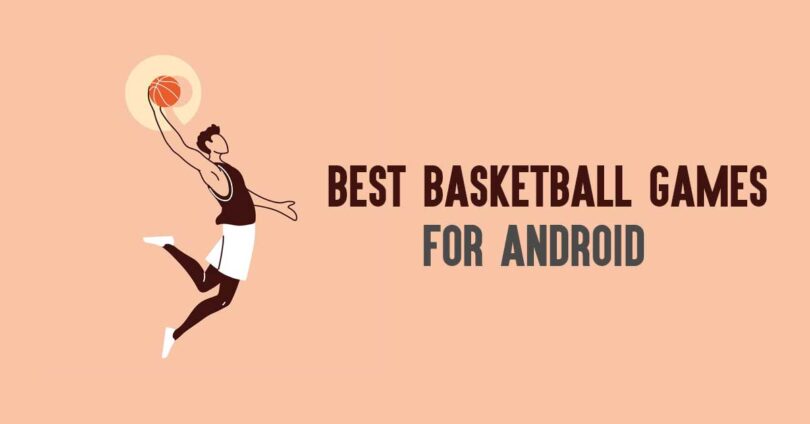 Are you fond of playing basketball games on Android smartphones or tablets then this post is for you. There are tons of amazing android games available in the play store. We have curated the best list from the crowd of apps.

With more than 100,000,000+ installations, the NBA Live Mobile basketball game is one of the most engaging sports games on android. NBA Live Mobile basketball is the official product of EA Sports.  You can find the various playing modes and they are Arena, Campaigns, League, Showdown, and Season. You can create your own team with favorite basketball players and level them up to become all-star basketball legends. Meanwhile, you must be 13 years or older and required Facebook to log in or signup.

Popular basketball game where you can play with real players’ characters and by choosing the actual national teams.

Basketball Battle is an arcade-style basketball 1v1 game for android that is pretty fun to play. You can find 100+ unique basketball courts and can compete against other players in online mode. It has a split-screen feature that lets you play games with your friend on a single smartphone screen.

Swipe Basketball is a simple but different marketplace game. In this game, you won’t get any league or opponents to fight against. You just need to throw the basketball with your fingertips and attempt to push through the hoop and cross the 60 levels. By going through the levels, you can earn digital coins that you can use to redeem with extra time or bonus speed.

Franchise Basketball is the product of CBS Sports that lets you play a basketball game on android smartphones or devices by selecting your favorite basketball players from multiple teams. You can play 21-game  on various game modes like seasons, exhibitions, pro-game, and showdowns.

NBA NOW 22 lets you play with all NBA teams in every stadium across the full ’21-’22 NBA season schedule. You can build your lineup with your favorite NBA players by selecting players from the collection of All-Stars to retired and legendary players.