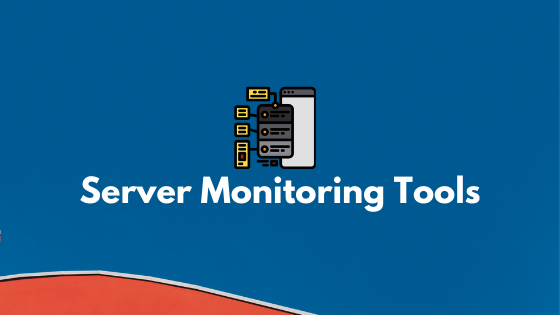 These are the massive and useful collection of the important tools/software or command-line utility that might be useful for the server administrators. If you are a system administrator or system engineer then you might need the help of tools to monitor and manage the servers.

NiPaP – Neat Address Planner:  It is one of the best open source IPAM software. NIPAP is a sleek, intuitive, and powerful IP address management system built to efficiently handle large amounts of IP addresses. It has native support of IPv6.

IP Plan: IPplan is a web-based, multilingual, IP address management, DNS, and tracking tool based on PHP 4, simplifying the administration of your IP address space.

Server Monitoring Tools For Linux In 2022

GoAccess is an open-source tool that runs in a terminal in *nix systems or via a browser. It is a  real-time web log analyzer and interactive viewer.

Nagios Core: Nagios Core, is a free and open-source computer-software application that offers monitoring and alerting services for servers, switches, applications, and services.

SmokePing: It is loaded with plenty of features like Interactive graph explorer, a Wide range of latency measurement plugins, Live Latency Charts with the most ‘interesting’ graphs, and many more.

MultiTail:  It allows you to monitor logfiles and command output in multiple windows in a terminal. It uses colors to display the logfiles which make it easy to read for users.

CPUlimit: It is a small tool that monitors and then limits the CPU usage of a process. cpulimit can be used to prevent a process from running for more than a specified time ratio.

Justniffer is a network protocol analyzer. It captures network traffic and produces logs. It gives you the option to choose whether to collect low-level data or high-level data with this sniffer.

Shinken: It is a Nagios compatible monitoring framework, written in Python, and can be used to monitor your servers and applications.

top:  top is a processing activity monitoring command for Linux. It gives you a real-time view of a running system.

Run the following command in Linux to execute the top command:

ps: Using ps command will help you to get a snapshot of the current processes. ps similar to the top command it provides you the more information.

pmap: The pmap command in Linux displays the memory usage map of a process or multiple processes. Monitors the process memory usage on Linux. We need process id which we can get from ps or top command:

netstat: netstat is a Linux network and statistics monitoring tool. It is a built-in tool that is used to list out the TCP network connections, routing tables, and a number of network interfaces in the system.

iostat: This command is used for monitoring system input and system output. It helps to monitor Linux’s average CPU load and disk activity.

mpstat: It is used to Monitor multiprocessor usage on Linux.

tcpdump: tcpdump is a common packet analyzer. tcpdump allows the user to display TCP/IP and other packets that are being transmitted or received over a network.

iotop: iotop is a Linux I/O monitoring tool. iotop tool is based on Python.

htop: htop is similar to the top command. It is used to view the interactive process. It is a third-party application.

atop: atop is an interactive monitor tool to view the load on your Linux system, i.e. CPU, memory, disk, and network.

iftop: iftop is a real-time network monitoring tool. It can be used to monitor network bandwidth.

nmon: nmon is short for Nigel’s performance Monitor for Linux on POWER. It displays and records local system information.

glances: glances is an open-source cross-platform monitoring tool for Linux-based operating systems. It is written in python. glances can be used to monitor CPU, Network Interfaces, Load Average, Memory, Disk I/O, Processes, and many more.

Nload : Nload is a command-line tool that is mainly used to monitor the network throughput.  The output of this tool can be seen using two graphs, one for incoming and one for the outgoing network.

Collectd: collectd is a daemon that collects system and application performance metrics periodically. This tool gathers metrics from various sources which can be used to monitor systems and find the possible bottlenecks.