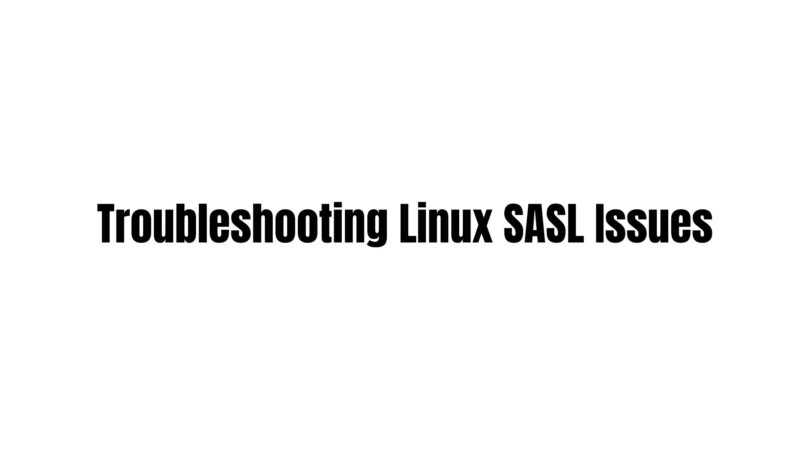 The following are the general error codes that may be returned by calls into the SASL library. Let’s have a look into some of the issues that you might have to deal with SASL.