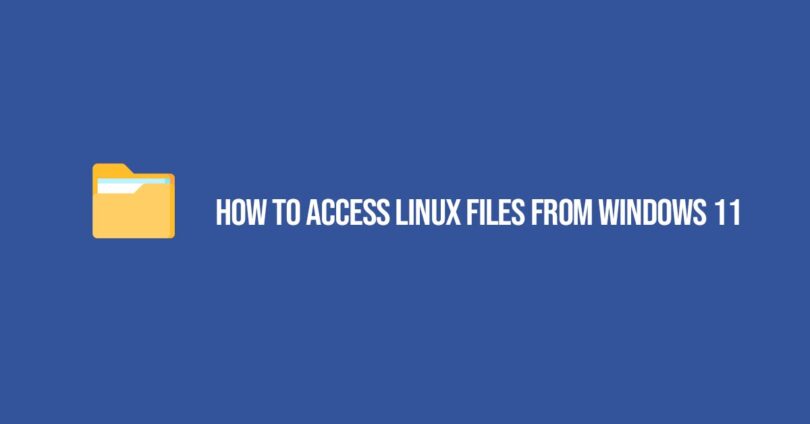 If you are using Linux and Windows on your PC or laptop om dual-booting mode then sometimes you might need to have access to the Linux files from Windows. Accessing Windows files or drive from Linux is easy as Linux has inbuilt support for it. For Windows users, there is various software available for it.  Thanks to Windows Insiders preview build 20211, You will find a new feature: wsl --mountthat lets you attach a physical disk and mount inside WSL 2, and also enables you to access filesystems that aren’t natively supported by Windows (such as ext4).

At first, run the following command on a PowerShell window with administrator privileges:

You can also run the following command if you want to see the list of the available disks in Windows, run:

Once mounted, You can access these disks through Windows Explorer by navigating to \wsl$

To unmount and detach the disk from WSL 2, run the following command

How To Access Linux Ext4 Partition (Files) with Ext2Read

Ext2Read is a Windows software to access Linux Ext4 partition from Windows.  You can also access ext2 and ext3 files. It can recursively copy entire folders along with view and copy files and folders.

How To Access Linux Ext4 Partition with Linux Reader

Linux Reader tool lets you access files and folders on Ext, UFS, HFS, ReiserFS, or APFS file systems from Windows. It can read files from all types of hard drives, including SSD, HDD, flash drives, memory cards, and others.
You can download and install the Linux Reader like other Windows software. After installing it, you can see the list of drivers along with Linux drives in the Linux reader. You can access the Linux files from Windows by going through the drives that you can see on the Linux reader.