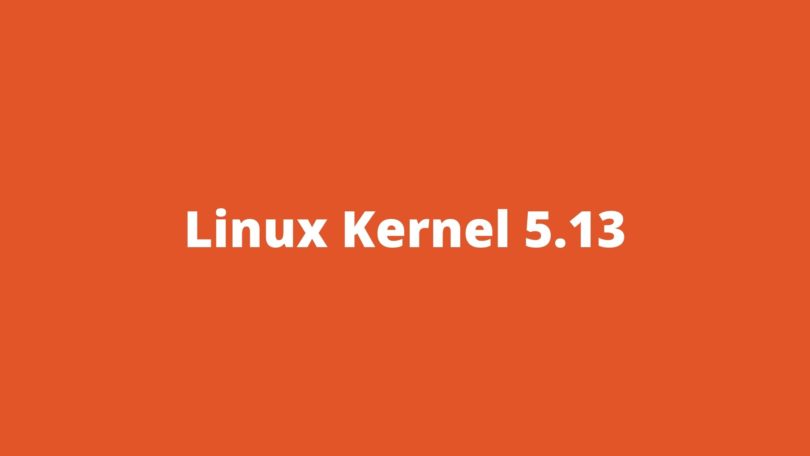 Part of announcement for the Boss himself, Linus Torvalds:

So two weeks are over, and the merge window is closed.

This was – as expected – a fairly big merge window, but things seem to
have proceeded fairly smoothly. Famous last words.

There’s a lot in there, although the diffstat looks pretty skewed –
once again due to some amdgpu header files. Those things are huge, and
autogenerated from hardware descriptions, and the end result is that
they often end up overshadowing all the other changes if you only look
at the diffs. In fact, over a third of the diff for 5.13-rc1 is just
from those kinds of header files.

So ignore that part if you want to look at what changed. That will
still show driver changes at 60% of the diff, which is all normal.
It’s all over the place, although gpu and networking stands out (yes,
the gpu updates are noticeable even when ignoring the amd header
files).

Outside of drivers, it’s a bit of everything: arch updates (arm, x86
and powerpc dominate), documentation (devicetree bindings dominate –
I’m not sure it should count as documentation, but there’s also a fair
amount of translation work), tooling, and obviously all the expected
core kernel stuff: filesystems, process handling, VM and core
networking.

The shortlog would be even bigger than usual, with 1800+ developers
and 14k+ non-merge commits (over 15k commits counting merges). So
appended is my usual rc1 “merge shortlog”. And as always, this credits
the people I merge from – if you want to see details about authorship
and exact commits, you will need to go to the git tree itself.

The merge log is obviously woefully inadequate, with the diffstat
summary kind of showing why:

it really is a fair amount of stuff, all over the place.

Meanwhile, Please make sure that you won’t install it in your working or production system as this is the release candidate and it might crash your working system.

You can download the Linux Kernel 5.13 from the link below: