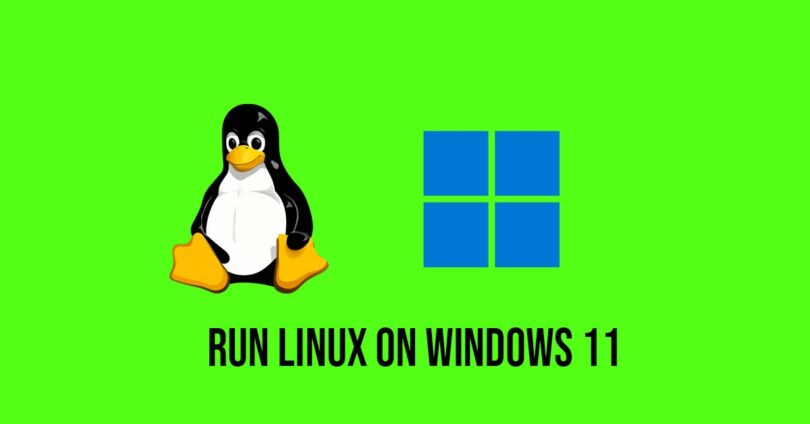 If you don’t know what is WSL then the Windows Subsystem for Linux (WSL) is a feature of Windows that lets you run Linux software on your Windows 11 PC.  Bash on Windows provides a Windows subsystem where you can run Linux without any issue. It’s nothing like a virtual system as it is complete Linux system inside Windows 11.

Hardcore Linux users might not like this idea of running Linux on Windows but it is the best option for people who want to try Linux for the first time before using it on a full board basis. It is also useful when you want to use Linux and Windows 11 at the same time without restarting your PC or laptop.

Windows 11 uses WSL 2. It’s now easier to install a Linux bash shell on Windows with just a few commands and you are ready to go. WSL on Windows 11 brings support for both graphics and audio in WSL apps.

How To install Windows Subsystem for Linux in Windows 11

You can now install Windows Subsystem for Linux (WSL) by entering this command in PowerShell. You should run PowerShell with administrative privilege and run the following command to install WSL. This command will download the latest Linux kernel, set WSL 2 as your default, and install a Ubuntu Linux distribution by default.

Meanwhile, if you are not a fan of Ubuntu and don’t want to use then there are multiple options for you. To see a list of available Linux distributions available for download you can run the following command

Run the following command to change the Linux operating system that you have installed.

Once you have installed WSL in Windows 11, you will need to create a user account and password for your newly installed Linux distribution.

Open the Linux operating system that you have installed using the Start menu. The system will ask you to create a User Name and Password for your Linux distribution.

Now, you can easily run your favorite Linux inside Windows 11.

Let us know your experience of using Linux inside Windows 11. We would love to improvise our blog post with your suggestion. Please don’t forget to write your suggestion in the comment box below.